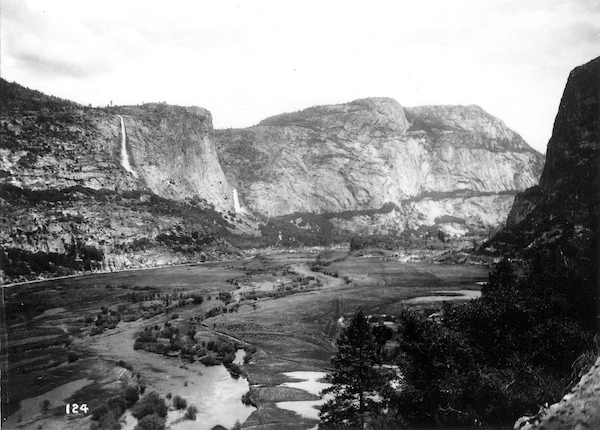 The recreational value of restoring Yosemite’s Hetch Hetchy Valley could reach $178 million per year, according to a new independent report from ECONorthwest, including:

Benefits from recreation use over 50 years could be worth

The value of restoration, as found by ECONorthwest, reflects the importance Americans place on iconic natural resources, and is consistent with recent polling data, conducted by Probolsky Research, which found that support for restoration of Yosemite’s Hetch Hetchy Valley outnumbered opposition by more than 3 to 1.

“This study by ECONorthwest makes a convincing case that there could be substantial economic benefits if Hetch Hetchy were to be restored, including recreation benefits for millions of visitors from California and elsewhere,” said Dr. Michael Hanemann, Chancellor’s Professor Emeritus in the Department of Agricultural & Resource Economics at UC Berkeley. “They would be attracted by the same types of recreation opportunities as at Yosemite, but with less congestion. In addition, others who might not themselves visit would place significant economic value on the restoration of an iconic element in California’s environmental heritage.”

ECONorthwest, the Pacific Northwest’s largest and most respected economic consulting firm, was tasked with quantifying the benefits of restoration in economic terms, considering a variety of visitor use scenarios without any assumption of whether infrastructure within the valley itself would be developed. Restore Hetch Hetchy commissioned the report, but played no part in ECONorthwest’s economic analysis or findings.

Hetch Hetchy was once a resplendent glacier carved valley, with towering cliffs and waterfalls cascading onto a serene valley floor. Pioneer conservationist John Muir called it a “remarkably exact counterpart” to the now world-famous Yosemite Valley – 15 miles to its south. But in 1913, the United States allowed Hetch Hetchy Valley to be dammed and flooded by San Francisco. It was the only time in American history that such destruction has been allowed in any of our national parks. Restore Hetch Hetchy is committed to undoing that destruction while ensuring San Francisco’s water supplies are kept whole.

“We believe that the iconic Hetch Hetchy Valley is priceless; but a realistic case for restoration must include economic analysis, and this report offers a critical argument for the dollars and cents benefits of restoration, without bias,” said Spreck Rosekrans, Executive Director of Restore Hetch Hetchy. “By including the application of data from Yosemite Valley, the Grand Canyon, Mono Lake, the Klamath River and other locations to Hetch Hetchy, this report underscores the unprecedented opportunity restoration offers.”

A downloadable copy of ‘Valuing Hetch Hetchy Valley: Economic Benefits of Restoration in Yosemite National Park,” is available at http://www.hetchhetchy.org/reports.

We will gladly arrange interviews with ECONorthwest’s Mark Buckley, principal author of the report, as well as with Restore Hetch Hetchy Executive Director Spreck Rosekrans.

ABOUT RESTORE HETCH HETCHY: The mission of Restore Hetch Hetchy is to return the Hetch Hetchy Valley in Yosemite National Park to its natural splendor while continuing to meet the water and power needs of all communities that depend on the Tuolumne River.